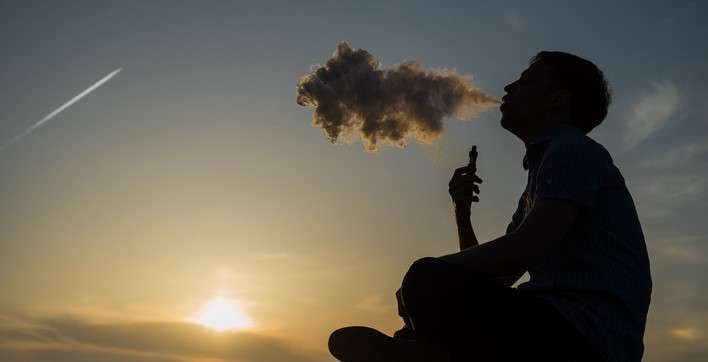 The timeline of how vaping became a widespread trend is a long and storied one. The vapor industry has spent more than its fair share of time in courts, arguing for better treatment and trying to keep from being shut down prematurely.

Despite all of this, consumers have taken to vaping readily and have lobbied their representatives for protection of their devices and products with mixed results. Starting back in 2003, there have been dozens of suits filed and rulings made about the vapor industry, and there’s no sign that this will slow down now.

Early in the 20th century there were several attempts at creating an electronic tobacco delivery device. Early patent records indicate that the idea first appeared as early as the 1920s. However, it wasn’t until the late ’90s that major tobacco companies took an interest in creating a device of their own. The FDA quickly shut it down and the idea stalled until 2003.

In 2003, a Chinese pharmaceutical company introduced their version of the e-cigarette. This was the first electronic smoking device targeted directly towards helping people quit smoking. It reopened the conversation about electronic tobacco/nicotine products around the world, but did not make its way to Europe or the U.S. until 2006.

Despite the fact that the original Ruyan e-cigarette had been in production for years and had made its way around the globe, there was little reporting done on the matter until 2008. Suddenly, the World Health Organization and other health associations took notice of the device and immediately started campaigning against it.

Since there was almost no research on the safety of the device available, they did not recommend it as a suitable smoking alternative. Instead, many administrations worked to ban it altogether. However, more companies had begun research to build their own e-cigarettes by this point, and Ruyan was not one to back down from a fight.

Independent researchers began gathering data and testing e-cigarettes in labs to determine whether or not they were really safer than cigarettes. Overwhelmingly, they found that the vapor produced by these devices was free of the carcinogens and other harmful chemicals found in tobacco products. Nevertheless, governments were more concerned about the nicotine than any of the other trace chemicals and maintained that any device used to deliver pure nicotine was akin to a drug delivery device used for more nefarious purposes.

Despite constant roadblocks on the path to success, and a complete lack of support from the medical community in favor of vaporizer technology, companies began to spring up throughout Asia between 2006 and 2008, and then spread to the U.S. following strict import regulations.

In addition, e-liquid manufacturers began to branch out by creating flavored vape juice alternatives. This opened up yet another battle concerning whether these products were actually being marketed to help adults quit smoking or to get kids to vape. A renewed resistance emerged and further regulations were imposed.

It wasn’t until after 2010 that vaping became more of a mainstream ordeal. The change from simple e-cigarettes to the more complex vape mod was born out of a shared interest in creating a more efficient, more powerful device. Home-brew builders sought to amplify the power of their vaporizers and show off their enhanced devices.

Naturally, this led to a series of newsworthy events, including battery explosions, which brought vaping back into the limelight once more. And of course, the fear of explosions led to yet more regulation and investigation into vapor devices.

Through all of the legal challenges and debates, vapor manufacturers have sought to legitimize their industry. They have largely self-regulated in the interest of producing high-quality and safe products that will stand up to scrutiny. Many of these companies have also sponsored research concerning the safety of vapor products and participated in open debates with legislators about the importance of vapor products for those who wish to quit smoking.

The Current State of Things

There are a number of reasons that vaping really became a thing post-2010. One of the major reasons was the falling price of vapor technology. The original e-cigarettes could cost several hundred dollars for a sub-par smoking experience. However, improvements in vaping and reduced pricing made it possible for more smokers to try vaping and find a suitable device.

A larger body of research is also available today, giving some medical professionals reason to recommend vaping to their patients and ensuring smokers that these devices really are safe for use overall.

At DIRECTVAPOR, we understand that we are several years into the real vaping revolution and it is clear that there are still many battles to be fought and won. It will likely take decades to accumulate enough data to convince governments that vaping is better than traditional tobacco products. Even so, vapers everywhere are actively engaging with local governments to protect the vaping industry now that it is such a large part of their lives.

Vaping in the Movies

How To: Inhale Correctly

CBD Oil: Why Vaping it is Best

What is a Vape Pod System? A Beginner’s Guide

Vaping in the Sun: Precautions to take Every Summer