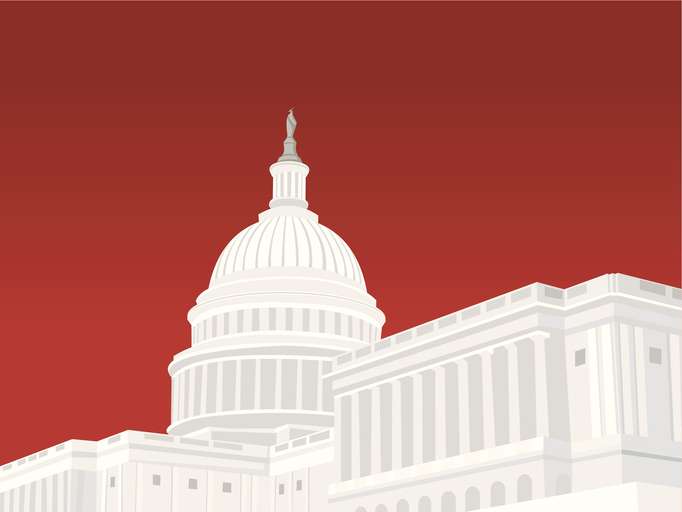 A glimmer of hope in the otherwise bleak landscape of vapor legislation is finally on the horizon. The Deeming Authority Clarification Act of 2017, a new bill falling in line behind last year’s Cole-Bishop Act, was recently introduced by representatives from Oklahoma and Georgia.

It is a bipartisan effort to re-define how the FDA will handle vapor, as well as modifying some parts of the current vapor laws that are proving particularly troublesome to manufacturers.

The primary goal of the Deeming Authority Clarification Act of 2017 is to change the way the FDA classifies vapor products, which gives it the authority to control the industry. Currently, the Federal Food, Drug and Cosmetics Act has vapor products classified as tobacco products, in the same category as traditional cigarettes.

Both manufacturers within the e-cigarette industry and medical professionals have been up in arms over this classification since it was announced, citing the many differences between the two products and defending vaping as an important alternative that we should be promoting if we are serious about eliminating smoking.

The goal is to place vapor products in a separate tobacco category where they can be independently regulated. This solves several problems. First of all, a vaporizer is not a cigarette, and vapor products do not pose the same risks as cigarettes. If they are to be effectively regulated, they need to be regulated based on their actual characteristics.

Furthermore, a vaporizer is not an e-liquid, and an e-liquid is not a tank or an atomizer. Each of these components needs to be evaluated and regulated based on its individual components if the regulations are going to be effective at all.

Under the current system, all of these components are subject to the same taxes and registration guidelines as traditional cigarettes, which have created a mess for the industry.

The original Cole-Bishop Amendment is a modification of the grandfather clause that is currently clouding the future of the entire vapor industry. The current law states that only devices and products made before 2007 are free to remain on the market until proper registration and licensing has been completed.

In reality, vaping didn’t come into its own until 2010, and many of the top-selling devices have only been introduced in the last couple years. Likewise, e-liquid manufacturers have popped up all over the place in the last two years, supporting the vapor eco-system and relying on continuous developments in the industry to give their e-liquids reach.

Since the licensing process is unwieldy and expensive, most vapor manufacturers have conceded that there is no way they will ever be able to get their products through the FDA before they run out of money. At face value, this meant shutting down some of the most prolific manufacturers in vaping today – and a potential loss of tens of thousands of jobs across the country.

The Cole-Bishop Amendment seeks to change the cutoff line to 2017, allowing the last 10 years of engineering and improvements to stand. This doesn’t solve all of the problems the vapor industry faces in the future, but it does save many companies from sudden doom. Post-2017 devices would still need to go through the FDA process for registration and licensing as normal and it will still be a costly, difficult process.

However, it would not wipe out all of the existing manufacturers, and it would give them time to prepare the paperwork in advance of launching new products, following all of the mandated steps well ahead of announcing a launch date. Things will be slow for a period of years, but they probably won’t be completely undone.

Ultimately, the Cole-Bishop Act and the Deeming Authority Clarification Act of 2017 are going to have a long fight ahead of them. Both representatives sponsoring the bill argue that vapor is an important in-road to reducing smoking for adults and teens. While nobody is encouraging the use of vapor products by minors, the reality is that many people use it as a smoking cessation aid and prefer it to cigarettes. Also, many teens are vaping nicotine-free products.

In addition, the representatives have argued that making the FDA deeming rules retroactive to 2007 was particularly unfair to the businesses and individuals who have made their living in the vapor industry – and who are already subject to state and local regulations for safety and selling to minors. Suddenly stripping these individuals of their businesses and livelihood is no way to go about regulating a new technology.

At DIRECTVAPOR, we know that the Cole-Bishop Act has been stalled for many months, and we can expect forward progress to be slow. However, increasing engagement from voters and representatives shows that more people are interested in learning about vapor products and why they need to be protected and classified differently than tobacco products.

Everything You Need to Know about Autoship