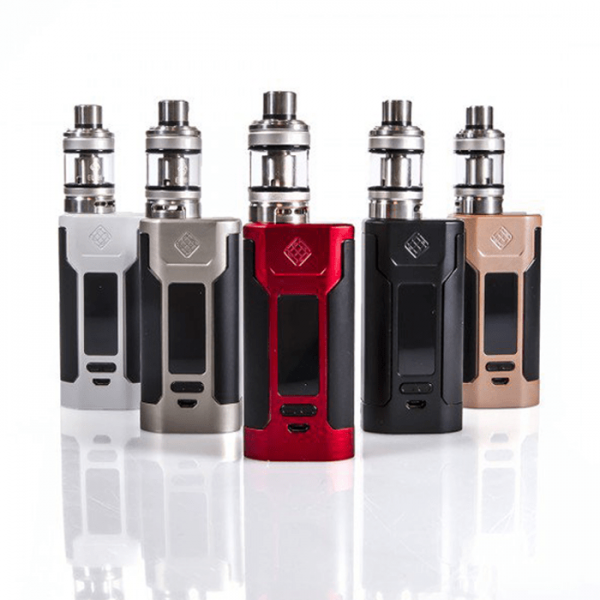 The Wismec Predator 228W Starter Kit is a fascinating new device from a longtime favorite in the vapor game. Wismec set out to create something bigger and badder than all the others, and they did a great job of securing their place in the minds of vapers.This device is packed with some unusual features that make it stand out from the crowd and should definitely capture your imagination.

What’s in the Predator?

First and foremost, the Predator is a hot little 228-watt device that comes with the Elabo sub-ohm tank. The combination of the two is nothing short of heavenly, as they create full, delicious vapor clouds that could impress even the most seasoned vaper. The device uses a slick hidden firing panel design that allows you to squeeze the box with your whole hand to fire. Many vapers report that this makes the device comfortable for use in either hand without a problem. It uses two 18650 batteries, which are not included, but allows for up to 50A output. Plus, Wismec made sure to add plenty of safety features and protections to make this a reliable, trustworthy investment for any high-end vaper. They took the time to develop a handy new child-lock feature that uses a retractable door to keep kids from getting into your tank accidentally. It’s a nice touch that still maintains the functionality of the device without being clunky. 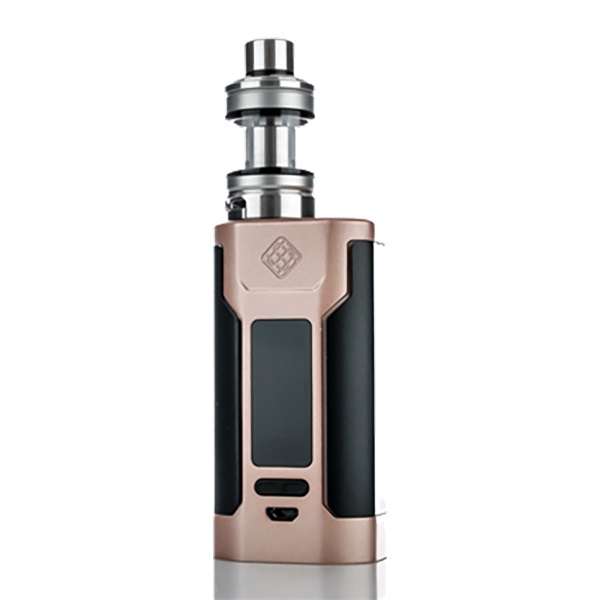 The exterior of the Wismec Predator follows many of the same design features that Wismec has relied upon in the past. They combine the sleek black panels with a colored zinc alloy frame to create a clean, modern appearance. You will notice that the Predator is relatively small compared to other high-powered vapes and has more of a natural curve to it that fits well in your palm. The hidden firing panel makes the box look clean without any big bulky buttons standing out from the frame. The screen on the side is a wonder in itself. It is exceptionally clear and easy to read. It also features separate indicators for battery life so you can ensure your batteries are staying equal, which is important for some of the new features coming up. Wismec also did a great job of making the menus on the Predator very easy to work with, and there is minimal lag when you are making adjustments, so you can easily cruise through set-up and get straight to vaping.

So what is it that makes the Predator so different from all the others on the block? Wismec found a way to make the Predator not just a vaporizer, but a utility. The Predator introduces a new reverse-charging option that allows you to charge your phone or other devices off of its batteries. It’s like carrying an emergency battery pack in your pocket at all times! Naturally, if you’re using your device to charge your phone, you can’t be using it to vape, right? Wrong. In an effort to make this feature more attractive to users, Wismec also made sure that you can recharge your vaporizer batteries in just a fraction of the time that it would normally take to charge either the vaporizer or your cell phone. A special boosted battery charge mode allows for 2A charging through a special port so you can refill your vape batteries in less than an hour. Naturally, you will probably want to monitor how often you boost your batteries this way so as not to damage them long-term, but if you’re on the run and need a quick boost, this is a huge bonus.

You may be wondering, after all that, how does the Predator actually perform? Well, it lives up to the Wismec name with ease. The Elabo tank is a huge bonus in our view with a 4.6-milliliter capacity that can be expanded to 4.9 ml. These two products were made for each other, and they perform in perfect synchrony. The starter kit comes with two different triple coil heads, both of which produce large fluffy clouds, although the 0.2 ohm head had a slight edge to it. Overall, we were totally impressed by the new direction Wismec ran with the Predator. At 228W it isn’t here to outdo any of those new 300W devices, but it’s here to do 228W really, really well.

With the upgradeable firmware and the reverse-charging feature, it seems that Wismec wants your vaporizer to be more than just a vaporizer in the future. They want it to be a tool that you carry with you by habit, just like your smart phone, which provides multiple useful functions. Nevertheless, they didn’t cut any corners in the vaping department either. It delivers quality vapor every time, and without any difficulty in navigating the menus or finding the right setup. Buy it at directvapor.com and enjoy our free shipping with no minimum purchase.
PrevPreviousSMOK GX350 Starter Kit Review
NextSigelei Kaos Spectrum MOD ReviewNext